From CSV import to cmd.exe – via SQL injection

This blog post explains the process that we followed in a recent penetration test to gain command execution from a CSV import feature. One of the most challenging issues was that we had to escape commas during the SQL injection attack, as it would break the CSV structure.

More often than not entries read from files do not go through the same sanitisation and validation functions as web application requests.

Example of a CSV entry:

In this case, the parser expected some entries to be of a specific type; thus some entries were populated with expected types to bypass this restriction.

A SQL injection issue was identified when a crafted file was uploaded to the web application.

– The following file was sent:

This is a SQL error! – let’s start early celebrations!

This is definitely working! – celebrations continue …

Only SQL errors were returned to the user. If the statement had no errors it just displayed importation failed/completed.

Moreover the importation was a two step process – not easily automated with sqlmap and time was running out.

I’ll spare you the rest of the details of this step – Info gathered: database version and database user (dbo)

In MSSQL the file must be imported into a table and read from there.

* Alternatively OPENROWSET can be used instead of BULK INSERT.

Copy the contents into our table:

– Reading the contents back:

ROWTERMINATOR is EOF (backslash 0) because life is too short to read a file line by line. The first CSV entry (SQL query) imports the whole file in one line.  The second entry triggered the error and returned the result

This worked for most files but then disaster! – … celebrated too soon!

The file was there but I couldn’t read it

__ This was not because the row couldn’t hold the data (could be the case) but the SQL error string cannot be bigger than 4000 chars!__

There is a workaround to this eventuality. It’s certainly not pretty, but it worked:

write output to file – read specific lines with powershell and write them to another file, then import it to the database:

First of all, we verify whether xp_cmdshell is enabled.

In this case, xp_cmdshell was not enabled, so we had to enable it.

The application connected to the database as dbo, therefore  we should be able to enable it – easy!

Well not so fast… The comma in the SQL code shown above would naturally break the CSV parser. In order to escape the comma character, we need to declare a variable that will hold the SQL query string and execute with master..sp_executesql:

After launching the requests shown above, the configuration showed ‘1’ but every command to connect to the outside fails (not even DNS). – ... never celebrate too early!

but the box is completely firewalled – not awesome!

Escalation – write a webshell on the web server root:

Some command line fu and we can see the results of the commands (see reading files below):

Just a matter of finding the webserver root

Read the IIS configs to find the server root.

In this case, we discovered that the database server was hosted in a different host and the web server was not accessible: 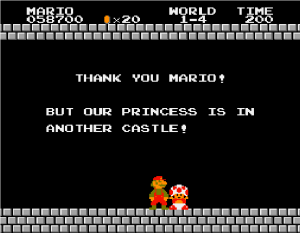 MORAL OF THE STORY:

Sanitise ALL input – In general all input should be treated the same way.

For the SQLi vulnerability the easiest fix would be to use parametrised queries, this would prevent SQL injection attacks without having to add an extra layer of sanitisation.

Lastly, having the database server in a DMZ zone and segregated from the web server prevented this attack from escalating any further.

SECFORCE has been accredited to ISO27001:2005 by the British Assessment Bureau.

END_OF_DOCUMENT_TOKEN_TO_BE_REPLACED

Session fixation is an issue whereby an attacker is able to set a session token for a victim, and therefore being able to hijack the victim's session. HTTP pollution of a fixated cookie could potentially have devastating consequences.